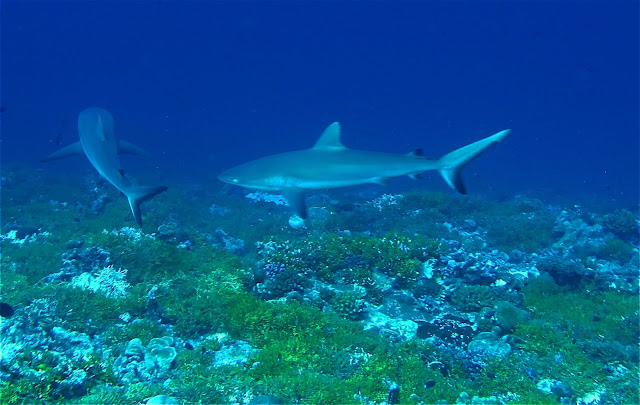 Sunday– Getting tough to keep up with the Blog. Joanne Wilson and Eric Conklin are really cracking the whip, keeping us working long into the night, drafting a plan. But, we did get to the North Beach Forereef and as promised, some beautiful black tip sharks came along to buddy with us. It was a bit of a now-you-see-them-now-you don’t thing. But our trusty snapper stayed with us the whole dive. There were other interesting critters, such as this Ovula ovum, tearing apart the soft coral. 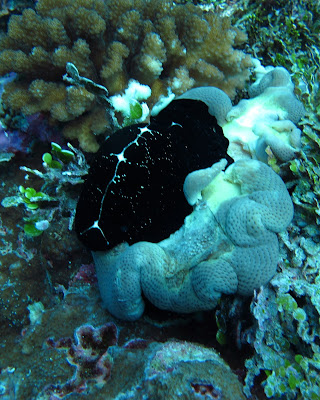 A bit startling to see this huge jet-black snail, with its radula buried in the Sarcophyton. And for those of you who don’t know it, a separate photo of it with its mantle pulled back to see the gleaming, straight white shell underneath. And finally, since we know corals rule, a photo of the damage to its prey. 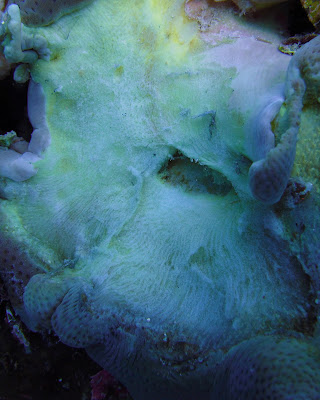 Tomorrow we are headed to an offshore upwelling site called MEGA-Jack Reef. Hoping for big Pelagics!