From the entrance of the historic Stazione Zoologica Anton Dohrn, one can see across the Bay of Naples to the island of Capri. All that separates me from this timeless view and entry into the Stazione is an ancient gate crafted in metal of crabs and octopus.

Inside the archives, I examine Leopold Blaschka’s letter, in exacting cursive, of 4 February 1877. He specifies a list of 41 preserved marine animals to be sent to help him construct in glass scientifically accurate replicas of marine invertebrates. I reflect on this new evidence of his careful planning. He researched and then obtained names of the exact preserved animals he needed to perfect his glass masterpieces. It took two months from his penning of the letter until these animals reached his door. I may never know how he formed his list, but I can celebrate the outcome. Some of those 41 animals sent at his request, arenow spun in glass and housed in the collection I curate at Cornell University. 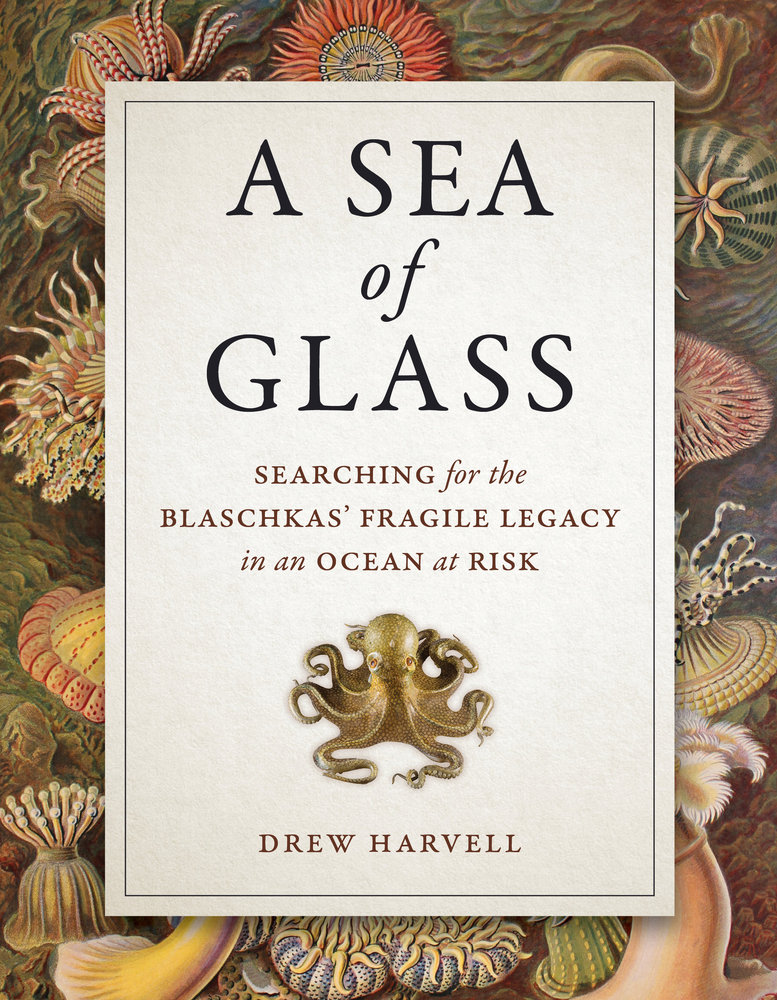 I am visiting the Stazione Zoologica to research these letters, explore the fate of our Blaschka matches, and talk about my recent book, A Sea of Glass. The book chronicles my search for the living animals and how they are faring in a changing ocean. On the list of animals sent at Leopold’s request is the curly tentacle octopus (Eledone moschata), one of our most prized models. In glass, it is an attentive octopus crouched in a comfortable octopus pose, tentacles coiled at the ready, as if waiting for a crab to pass. Also on the list is the crinoid (Comatula mediterranea), a delicate relative of starfish and still found deep in the waters of Naples Bay and studied even now by researchers at Anton Dohrn. Near the end of Blaschka’s list is the white-spotted octopus (Callistoctopus macropus), a close cousin and look-alike to the bright-spotted ornate octopus (Callistoctopus ornatus), I describe in A Sea of Glass from my night dive in Hawaii. Shown here are the swirling red tentacles portrayed in the watercolor drawn by Leopold before tackling the glass model.

With these lists of Blaschka subjects in hand, scientists at Stazione Zoologica will help in my quest to check up on the health of the Blaschka animals by looking over the coming year to see which can still be found alive in the Bay of Naples.